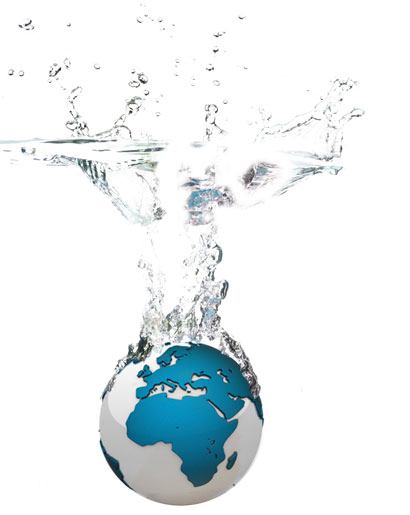 Southern Spain: dry, hot and naked land. This is the place, where the recent “technology revolution” of Concentrating Solar Power (CSP) takes place. It will bring 100% clean and renewable, competitive and cheap power to the people, in particular for those living in the Sahel African countries abundant in solar resources. Moreover, it’s based on “zero” water consumption, which in the above region in contrary, is a scare resource.

Martin Selig ans his NOVATEC-Team are the “revolution leaders”. Where others strategic energy planning gets stuck in the daily business, their daily business deals with future energy supply. “Future – Today” is his motto.

The success story started six years ago. In 2005, renewable energy business was mainly seen as a “green-motivated-business”, i.e. not competitive with traditional fossil fuels based energy supply due to high investment and maintenance costs. On the other hand, the steady growing conscious of limited fossil fuels stocks combined with rising prices, notably for oil, started to pave the way in Europe for alternative, renewable energy supply solutions. Martin and his friends, Gerhard Hautmann and Dr. Max Mertins, sized the positive momentum and founded NOVATEC Company in Germany.

Though the positive momentum, they knew that any alternative sustainable solution must be market based and thus competitive. They faced this challenge successfully and developed a unique design for concentrating solar power (CSP) plant using linear Fresnel collector technology.
Conventional CSP plants use curved, parabolic mirrors, with a fixed absorber tube above the solar field. Furthermore, parabolic CSP technology is based on a thermal oil circuit, before the heat is exchanged to a second circuit of steam water which drives a turbine for power generation. Both components have relatively expensive production and maintenance costs.

NOVATEC innovation is based on a consequent and successful application of Fresnel technology. Instead of parabolic, NOVATEC CSP plant uses flat mirrors with a fixed positioned absorber. Furthermore, NOVATEC developed a patented direct steam generation system eliminating a second thermal oil circuit: an innovation in the CSP market. Both innovations lead to significant reduction of production and maintenance costs.

Both innovations are determining factors of NOVATEC’s market based and competitive CSP technology. Martin Selig says that “when fossil fuels reach US$45 per barrel, NOVATEC’s CSP technology will provide an immediate cost advantage. Due to the utilization of low-cost materials, the fully automatic serial production and the high level of efficiency of the system up to 70 per cent less material is needed in comparison to conventional concentrating solar systems. Thus, NOVATEC’s CSP technology is competitive to fossil energy sources and makes possible a climate neutral and price stable energy supply anywhere in the sun belt of the earth.”

Thanks to these innovations, certified by the German Center for Aeronautics and Astronautics (DLR), you would imagine that for Martin all doors for subsidy and promotion loans stood wide open. Unfortunately and fortunately not: Unfortunately, because competing for venture capital and most recently for bank financing caused multiple times enormous challenges, especially during current rough times of the financial crises. Fortunately, because in succeeding theses challenges, Martin and his team have proven the economic viability of NOVATEC’s CSP technology and today they are in a pole position to compete new markets. This is why he and his team are our champions, as the following milestones confirm:
•    In March 2009 NOVATEC’s first CSP plant of 1.4 MW started to supply 100% solar thermal power to the Spanish grid.
•    In the same year NOVATEC was selected by the jury of Hannover Fair among more than 500 innovative industry entries and awarded the Innovation price of German Industry.
•    In 2010 NOVATEC started the construction of 30 MW CSP plant, an investment of about $150 million together with EBL (Elektra Basel Land), a Swiss utility company. It is one of three CSP plants Novatec developed to supply 90 MW CSP to the Spanish grid.

Southern Spain seems to be the European “Silikon Valey” for Solar Power Plants. It is an inspiring example for other countries, in particular for the Sahel region, on how to attract renewable energy production.

So, if occasionally you read or hear about green technology being not commercially viable or not market-competitive with fossil fuels, think of IDEATUM’s champion, Martin Selig and his NOVATEC team.

IDEATUM® shares fresh ideas from all around the world.

Our Champions : The man who brings clean and renewable power to the people
Southern Spain seems to be the European “Silikon Valey” for Solar Power.
16/11/2011 - Archives